Mere Commercial was established in 2015 by Duncan Young, who has been dealing with commercial, licensed and leisure property in Cumbria and the Lake District since 1998.

Duncan is a Member of the Royal Institution of Chartered Surveyors, an independent professional body originally established in the UK by Royal Charter. Since 1868, RICS has been committed to setting and upholding the highest standards of excellence and integrity – providing impartial, authoritative advice on key issues affecting businesses and society.

Mere Commercial as a firm is Regulated by RICS and is subject to the RICS Regulatory Rules of Conduct for Firms. 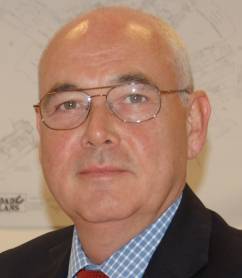 Duncan Young started Mere Commercial in 2015. He was educated at Cambridge University gaining a degree in Land Economy in 1982 and qualifying as a Chartered Surveyor in 1989.

Duncan worked in the commercial property market in the Midlands for 15 years for a range of private and public sector organisations undertaking several large projects including the sale of British Coal property assets, valuation of broadcasting masts and acquisition of land for the Midland Metro.

In 1998 Duncan and his family moved to Cumbria and he joined a Penrith firm where he worked for 17 years as commercial property manager, specialising in the sale and valuation of retail, office, industrial, licensed and leisure property. He has also carried out valuations and rating appeals for several local authorities in Cumbria as well as other major valuation projects. He has travelled to the Arctic, enjoys skiing, fell walking and cricket and is a member of the MCC. Duncan is widowed with two grown up children.